With the economy continuing to grow and unemployment currently running at less than 5% – its lowest level since 2005 – it’s predicted that more than a third of employees will change their job in the next 12 months. However with the costs of staff churn weighing heavily on many businesses, an increasing number of employers are turning to enhanced employee benefits packages to retain their workforce.

Whilst there are obvious costs to recruitment, a study by Oxford Economics in 2014 revealed that recruitment expenses such advertising and agency fees make up only a small proportion of the overall costs businesses face when replacing a member of staff, which can amount to more than £30,000 per employee when the financial impact on productivity is taken in to account.

Productivity typically suffers when an employee leaves. A fall in output can last for as long as 28 weeks after the business has re-hired, whilst the new recruit undergoes training and gets up to speed (or reaches their ‘Optimum Productivity Level’, as it is known). This is by far the greatest cost to the business, valued at an average of £25,181 per employee. Other ‘hidden’ costs include the expense of hiring temporary workers until the replacement can start, management time spent interviewing candidates and HR time for processing and inducting new recruits.

Small business owners might find it hard to relate to these kinds of figures and many are unlikely to have conducted any analysis of the financial impact of replacing staff, however with SME’s providing 60% of the UK’s employment, this is an issue that affects small and medium sized businesses as much as larger organisations.

With staff turnover costs being greatly multiplied for companies with large workforces, large companies are often more acutely aware of impact of replacing members of staff than smaller businesses, hence why large firms often go to great lengths to improve staff retention in an attempt to reduce overall costs. Private healthcare, childcare vouchers, gym memberships and flexible working arrangements are an increasingly common feature of the staff benefits programmes being offered by many big firms as part of their employee retention strategies. 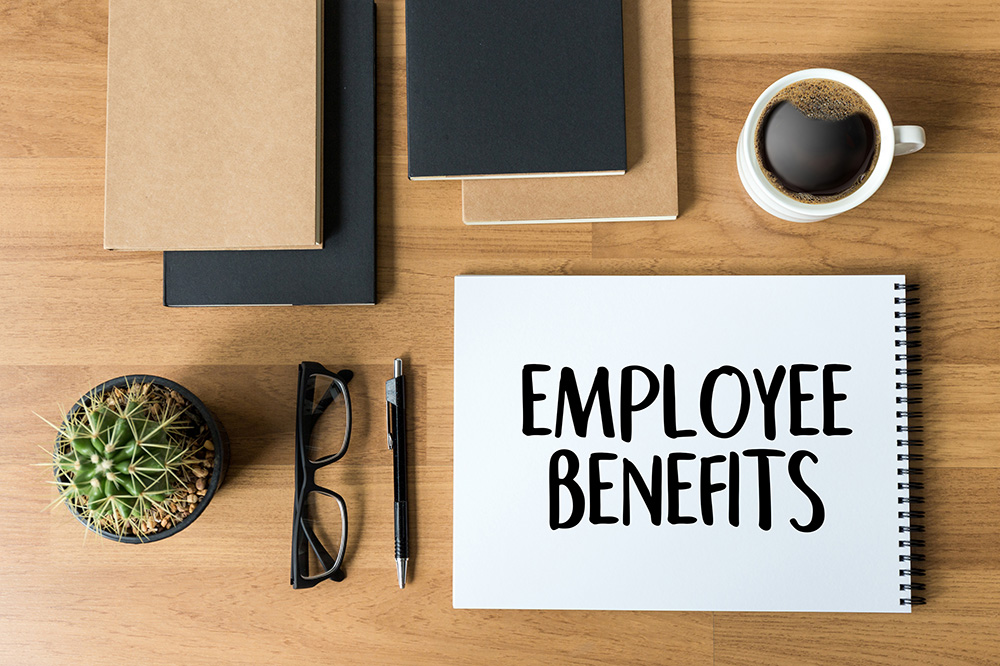 Such benefits, offered in addition to the basic salary, are proven to improve employee retention. In research carried out by Capita as part of its Employee Insight Report, published in 2015, 66% of staff said that they would be more likely to stay with an employer that offered good benefits. However a good company pension scheme still remains top of the list of benefits that most employees would like to receive. In a study by PwC in 2015, when asked which are their two most highly valued employee benefits, 65% of respondents opted for employer pension contributions, while around a half (49%) said that they would participate in a company share scheme. Company cars and medical insurance were chosen by over a quarter of those surveyed (28%).

Whilst surveys suggest that there are differences in the popularity of benefits depending on gender and age, (with older employees typically favouring pension and share schemes far more than other benefits, and younger staff more likely to be attracted by shorter term benefits like bonuses) numerous studies have shown that employees value a decent company pension scheme above many other staff benefits.

Recent changes in legislation are likely to mean that pensions will be even more highly rated in the future too. Employees can now have greater access to pension funds from age 55 and auto-enrolment, which the Government began to roll out in 2012, means that soon almost all employees will have a company pension.

However there is the opportunity for forward-thinking companies to offer more than the minimum contributions in order to stand out from other employers in what is a competitive employment market. Contributions don’t attract employer NICs, so the cost to the business is less than increasing an employee’s gross pay by the same amount.

Since its introduction, auto-enrolment has certainly proven to be popular amongst the UK’s workforce. In the first 18 months of auto-enrolment, over one million more people started contributing to a pension. Fewer people than predicted have opted-out of the scheme and recent surveys have shown that more than 60% of those surveyed who were yet to be placed in the scheme plan to stay in it – further proof that employees continue to value the workplace pension as a worthwhile employee benefit.