A group of leading economists and business leaders have published a paper that demonstrates that Brexit could be very good indeed for the UK economy. We, like many in the UK, have become very tired of the constant bickering amongst our politicians and leaders, and the lack of leadership in getting the best outcome for the UK in following through on the referendum vote to leave the EU. 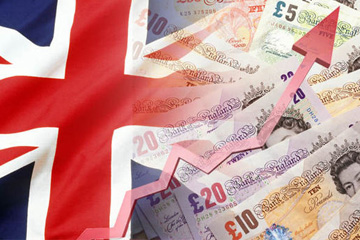 Economists for Free Trade (EFT) recently published an analysis of the impact of Brexit contradicting a leaked Whitehall study, which they claim is a “gloomy” assessment, and based on a model that failed to use all relevant data. Professor Patrick Minford, chairman of EFT, said: “There is a large Brexit dividend coming down the line because of the positive effects of Brexit on the economy, quite contrary to the absurd projections made, on totally misleading assumptions, by the leaked Cross-Whitehall Civil Service report.”

They state that an exit on World Trade Organisation (WTO) trade terms would be far less damaging than Remainers claim because the World Trade Organisation already provides a harmonised trading framework on which the EU trade agreement is based. Customs clearance is carried out by computer entry before and after port transfer, essentially without any significant cost. This is demonstrated by the fact that, under such modern border procedures, typically about 98% of goods travel across developed-country borders without any inspection. A practical demonstration of this is Switzerland, where all ‘frictional border costs’ represent only 0.1% of the value of goods.  This would have a virtually zero impact on GDP.

One study using IMF-DOTS data shows that UK goods exports to 111 countries under WTO rules over the 23 years 1993-2015 grew at a compound annual growth rate of 2.88%, which was three times faster than those exporting to the EU15 (0.91%), and also growing much faster than those exporting to 62 countries that had some kind of trade agreement with the EU (1.82%). The data provides evidence that a hard Brexit could be our best and most successful option for a flourishing British economy, and best for trade. (See: https://bit.ly/2vSmKrL)

We at Apex believe that the UK has a strong, world-leading economy. Don’t let “Project Fear 2” dishearten you. We urge you to disregard the rhetoric and spend some time on https://www.economistsforfreetrade.com looking at the facts from some of our leading economic experts.